The art of asking, from time to time we all need a little help

Some years ago, I had an excellent unplanned asking experience as part of negotiation training. The mission was to venture out and asking for a discount on anything, ranging from buying a coffee cup from Starbucks or a product at the local supermarket. The key to the proposition here was to ask for something that nobody expected.

I come from a country where negotiation is very common. As a little girl, I always used my mother’s customers on the lookout for a discount in her store in Colombia. In some regions, asking for a discount may be an expected norm, but going to a Starbucks asking for one? Definitely not.

The experiment to land a discounted deal for an item led me to Starbucks. It seemed a tricky task from the outset, but guess what? It worked. Not only did I get my 10% discount, but also a cookie on top of that for my troubles.

I was surprised to show what we can achieve, just by asking.

This mentality is what separates the doers from the dreamers only.

Some dream big, but that’s about it. Most people won’t pick up the phone and make that call or ask someone for help. Most people never ask.

An entrepreneur thinks on his feet, has an innovative mindset, and isn’t afraid to act on his/her ideas. However, nailing that habit is a tricky thing to accomplish at the beginning of the road. You can enter a false sense of insecurity, but you have to act because the key to success is to make your project happen.

We can be cautious of generalizing things, but it is that simple when it comes to this phenomenon. If you don’t ask, you probably don’t have any right to complain when you don’t get what you were planning.

Throughout my career, I have worked with several entrepreneurs spanning across the globe. These changemakers come from diverse backgrounds and have some of the most distinct cultural traits and beliefs.

However, the one characteristic they tend to have in common is they know that none is coming to save them. Hence, they will do what is required and ask what they want instead of waiting for divine intervention.

It is ubiquitous to find yourself in a rut when thinking about something in advance. This rut will let you think of the worst things that could happen on your way to achieving your thought-out goals and objectives.

At this stage, the what-ifs dominate your thinking. These what-ifs can range from anything on the lines of,

Thinking about all these what-ifs isn’t unique, and you shouldn’t be worried about this mindset at all. These are all valid fears, but what about thinking the positive what-ifs instead.

Yes, there’s alternative thinking to be had when thinking about the future, and it is to view that future in a positive light.

It is common to foresee and anticipate hurdles to achieve your goals, but it is also better to think about what you would do if you achieve those goals.

Asking may be awkward, but it is worth the trouble 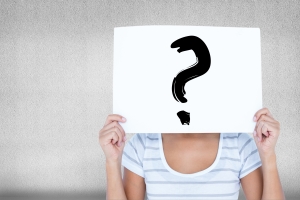 Asking works, but most people find it uncomfortable. You feel that if you fail or get turned down, you will be in an awkward position; guess what. The awkwardness may be a real fear, but so is the possibility of success, which you may never taste if you didn’t commit.

I have been asking entrepreneurs worldwide about the innate capability to ask for things you want. At first, these people were from my network, but later I asked around people from other organizations, and about nine out of ten firmly believed in the following quote:

You can ask yourself the question of who the significant movers are in this world right now. Then, learning from their examples, we get to know, these personalities are the ones who asked around, pitched their ideas, and weren’t afraid of failure when they did all the asking.

The influential people of today started from somewhere like every other mortal. The names of Steve Jobs and Elon Musk are akin to innovation and a sense of accomplishment. However, what they share is that they both started their careers by asking for what they wanted.

It is easy to find examples of confident people willing to risk it all for their ideas. The Elon Musks of this world didn’t sit on their laurels but worked to achieve what they wanted. Most people may look at them and say, “It’s easy for them. They’re geniuses.”

To encourage you to put down your doubts and pick up the phone.

Remind that the world is full of incredibly kind people, and there is no harm in asking.

“I’ve always found something to be very true, which is most people don’t get those experiences because they never ask. I’ve never found anybody that didn’t want to help me if I asked them for help.” Steve Jobs

Since I started my entrepreneurship journey, there is not a day when I am not grateful for all the incredible people that had crossed my path from both sides, asking and giving.

The thing about opportunities apart from the fact they come in all shapes and sizes is that they almost inevitably come from other people.

Good things come to those who ask 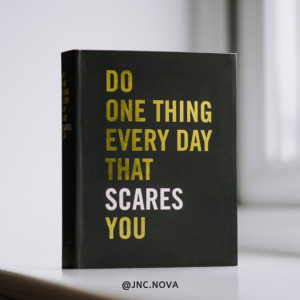 By now, I have given several examples of how things aren’t waiting for you, but instead, you have to act upon your instincts to achieve them. To get you on the bandwagon, you may say to yourself, “What’s the worst that could happen if you ask?”.

The answer to that question is getting turned down, but what’s the harm in that? You’re no way closer to achieving your goals without asking in the first place. It won’t be worse than the feeling you will have for not asking for the rest of the time. I still regret many of these.

The world is full of people who want to help, but they don’t know it yet. The best way to get this support is by asking such people. You may be surprised by what avenues you could get help, ones you may have never even thought.

If you aren’t confident about what you deserve and what you want, you will be reluctant to ask or push, and therefore, you will be less successful in influencing and getting your ideas moving.

Ask and embrace the fear, so if you want to impact the world, pick up the phone or send that note today.

If you want to schedule a session to discuss your strategy, business model, go to the market, or how to unsettle disruption, here is the link to my mentoring schedule. #heretohelp

How internships helped Steve Jobs, Bill Gates and Elon Musk plan out their…

Sign up for my newsletter and get insights on circular economy and disruptive innovation.

Seven Surprising Lessons From How Blockbuster Failed To Handled Disruption